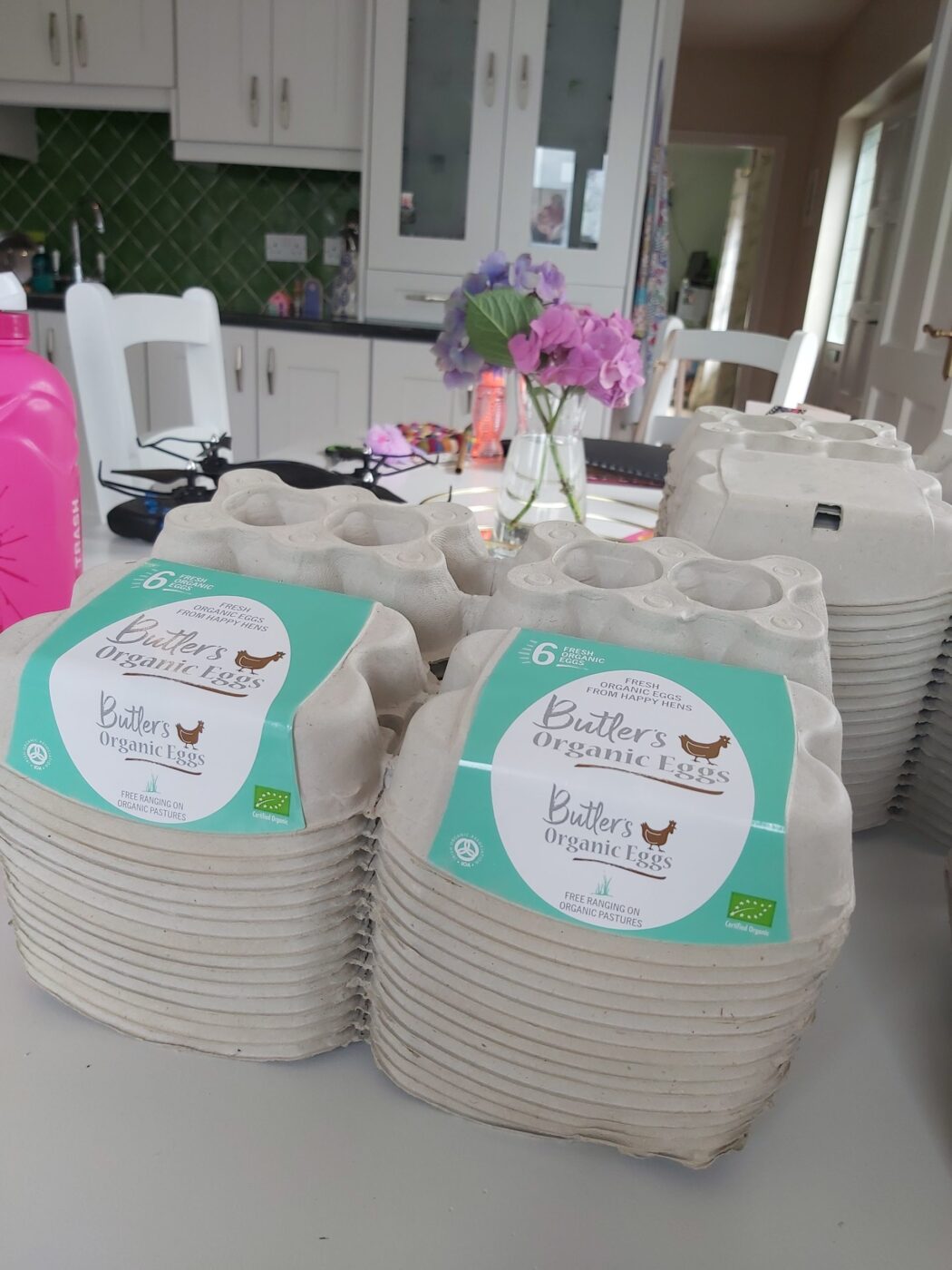 Butler’s Organics was established in 2005 when David Butler invested in 250 organic birds and began his journey producing the finest organic eggs in Ireland. There were highs and lows as the business developed and years of learning curves followed. The main thing that David learned was that the happier the bird, the better the egg! Smaller flock sizes, top quality organic food, organic pastures are just some of the secret ingredients in producing a quality artisan food.

David’s wife Paula took a career break from her job as Communications Officer in IT Carlow and joined the business in 2018. This is when the journey slightly changed and Butler’s began to view their business as not only “organic egg farmers” but entrepreneurs who worked hard to get to the stage they were at supplying organic eggs across Dublin, Carlow, Wicklow and Kildare. They received great support from their local enterprise office, Carlow LEO and gained invaluable knowledge about moving the business forward and positing Butler’s organic eggs as the most sought after organic eggs in Southern Ireland. They then began their journey of branding Butler’s organic eggs and wanted a brand that would be fitting for their product.

They worked with the fantastic David Jordan at the branding agency Neworld who knows the Butlers and their organic eggs inside out. The collaboration between both resulted in a new brand which they both love and will appear on shelves across the shops shortly.