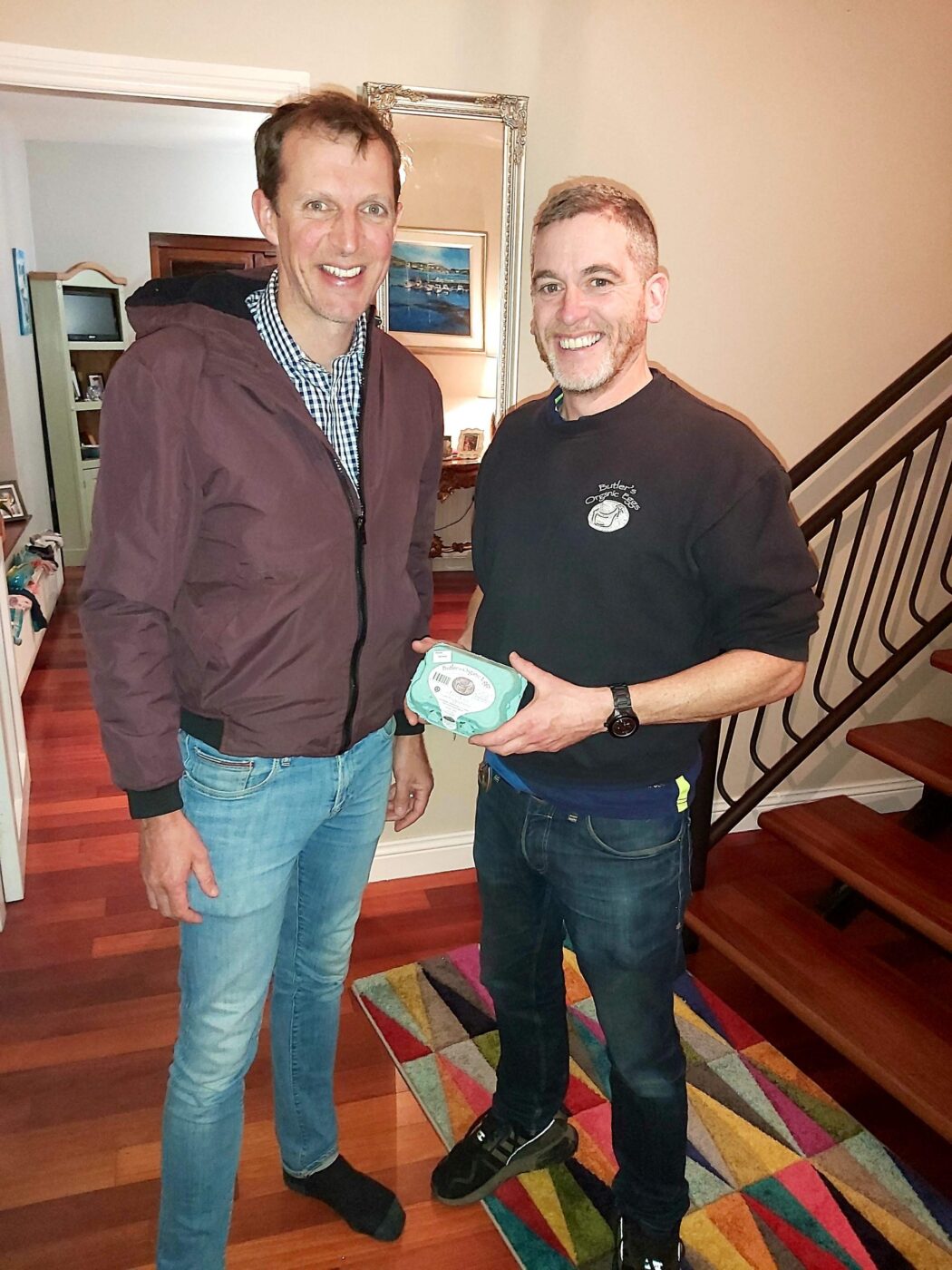 12th November 2019 – DAVID Butler, owner of Butler’s Organic Eggs, Hacketstown, is one of just four Irish farmers who have made it through to the final round in a prestigious farming award.

He’s one of the finalists in the Rising star category of the Zurich Farm Insurance Farmer of the Year Awards.

“I am delighted to have made it to the final. It provides an opportunity to showcase the quality organic eggs we produce and highlight the benefits of organic, including no chemicals, the superb care for our free ranging organic birds and proper care and cultivation of the land,” comments David.

The awards, now in their sixth year, recognise and reward the best in Irish farming and food production. To reach the finals of the competition, David and his wife and business partner Paula had to submit details about their business’s size, facilities, markets and labour as well as outlining what makes Butler’s Organic Eggs the success story it is today.

The business was set up in 2006 and the couple now plan to expand it over the coming months by doubling production and meeting the current gap in the market for the demand for organic eggs.

Darragh McCullough, a presenter with RTÉ’s Ear to the Ground, paid a visit to the Hacketstown homestead as part of the judging process. The winners will be announced at a black tie gala awards ceremony presented by Ear to the Ground’s Helen Carroll on Thursday at the Sheraton Hotel, Athlone.